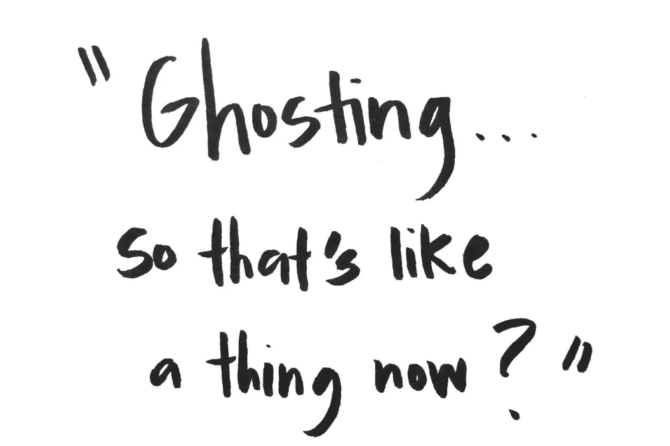 Chances are you’ve been “Ghosted” at sometime.

Ghosting is when someone you’re dating ends the relationship by cutting off all communication, without any explanation. And we’re not talking about not returning a text back after one awkward first date, but receiving the ultimate silent treatment after several dates, or when you’re in a committed relationship.

It’s also worth noting that Ghosting also happens in friendships.

There are many reasons why someone Ghosts, but at its core, Ghosting is avoidance and often stems from fear of conflict. Which may mean that Ghosting is about wanting to avoid confrontation, avoid difficult conversations and/or avoiding hurting someone’s feelings.

For many people, being Ghosted can result in feelings of being disrespected, used and disrespected. If you have known the person beyond more than a few dates then it can be even more stressful. When someone we may like and trust disengages from us it can feel like a very deep betrayal.

One of the most emotional results of Ghosting is that it doesn’t just cause you to question the validity of the relationship you had, it causes you to question yourself. Don’t allow someone else’s bad behavior to rob you of a better future by losing your vulnerability and shutting yourself off from another relationship.

In a nutshell, Ghosting is basically rejection, only without the finality. It often happens out of nowhere and can leave you feeling confused, hurt, and anxious.

What should you do if you think you’ve been Ghosted? Step away. It’ll only lead to turmoil, heartbreak, and pain that you don’t need in your life.

previousUnderstanding the journey of Menopause